The Apple iBook debuted 20 years ago. 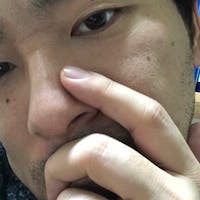 That was so cool and a little cute. I was a student. 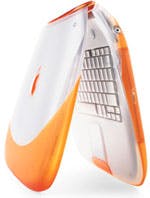 iBook was my first notebook that I bought by my part time job. When I paid and go out to store, I felt sense of fulfillment.

I learned C, Java, perl and C++ using iBook. The programming was very interesting. Because it was like that me become a god of small small world. I thought that I can make mario, my original text editor, and controller of a line trace robot.

Sometimes I wrote code 10 hours continuously. Many times I falled asleep during class. Why I wrote code crazily, I thought in recently. A half was interest to the programming, but rest was worry to be adult. I thought that I maybe can't get any job. So I needed to get something skill what my friend can't do. I craved confidence.

Anyway, iBook at that time was neccesary to me, that means that was neccesary to current me. But if I can, I want to tell to student of me, it was better not to be too narrow in the field of view.

Today, iBook is 20 years from its debut. I want say thanks to iBook, and Steve Jobs who is its parent.

Now, I don't have that iBook. Because I broke it by clock up tuning. I opened board, apply a soldering iron, assembled as it was. It was a mistery that a resistance element was rolled on my desk in spite of all completed.